DESSIN presented at the International Symposium on Managed Aquifer Recharge 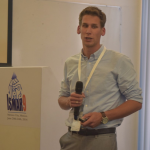 From June 20th to 24th, the researchers Jordi Martín and Koen Zuurbier attended the 9th International Symposium on Managed Aquifer Recharge (ISMAR9) in Mexico City to present the results of the DESSIN project. Westland and Llobregat represented the two demo sites of the project focused on Aquifer Storage and Recovery (ASR).

Jordi Martín, from Aigües de Barcelona, showed the results of the Llobregat demo site with the conference “Artificial recharge systems applied in the Low Llobregat aquifers”. Martín explained the historical evolution of the ASR system from its implementation in 1969. He focused the scientific results on the works done at laboratory and pilot scale to simulate the system operated by Aigües de Barcelona at the aquifer of Baix Llobregat (Barcelona, Spain).

Meanwhile, Koen Zuurbier presented the combination of ASR and reverse osmosis to enable a sustainable and robust high quality freshwater supply in coastal aquifers. He orally presented the field and modeling results of the last two years, as wells as the analysis of membrane fouling during the DESSIN project. During the poster session, the poster of this demo site was presented.

The International Symposium on Managed Aquifer Recharge (ISMAR9) is the only series of international symposiums focused on the advancement of science, implementation and management value of aquifer recharge (MAR). The ISMAR celebrated its 9th edition at the Palacio de Minería, in Mexico City, while this technique is celebrating this year 6 decades of existence. 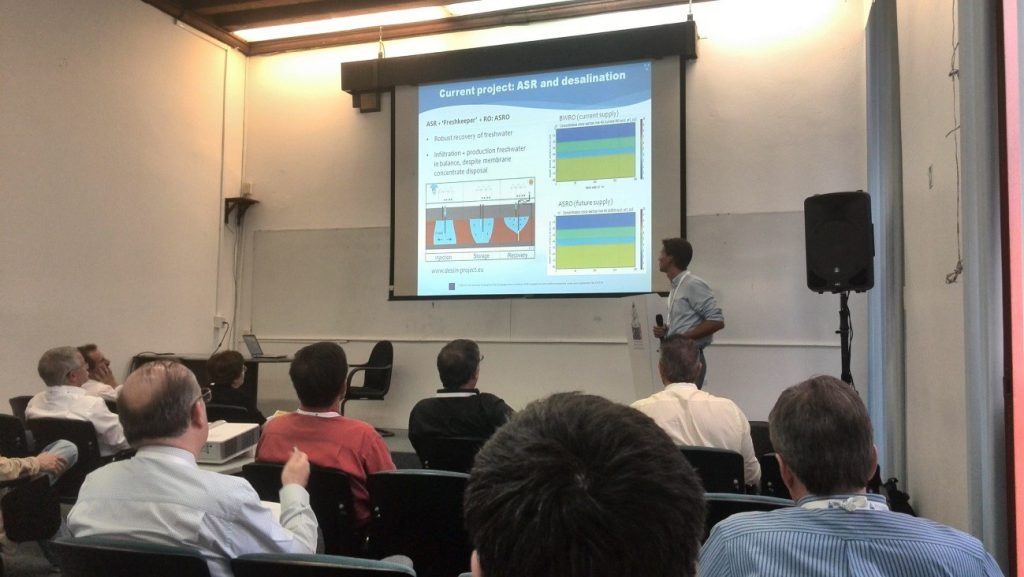 Koen Zuurbier from KWR presens the combination of ASR and reverse osmosis.