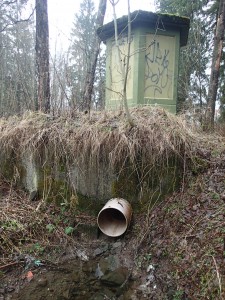 The sewer network of Hoffselva in the Oslo region in Norway consists of a separate system in the upper part and a mainly combined system in the middle and lower parts. The water quality in Hoffselva is poor due to pollution from 22 Combined Sewer Overflows (CSOs) discharging into the river during rain events. The utility owning and operating the sewer system, VAV, has measured high numbers of bacteria, and elevated concentrations of nitrogen and phosphorus in the middle and lower part of the river flowing through the area with a combined system. An analysis of the sewer system has shown that many of the pipes in the area have capacity problems during rain and also that the CSOs discharge far too often. 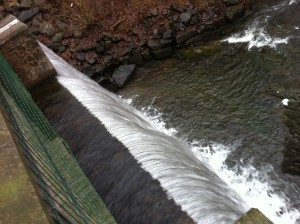 What is being tested?

At Hoffselva, DESSIN will demonstrate local treatment solutions for overflow from CSOs, combining technologies acting at local and system level and enabling cost-efficient implementation of the Water Framework Directive. As an important natural element in the urbanized environment of the lower catchment part, Hoffselva provides recreational services which are affected by the water quality. The aim is to improve the water quality and ecosystem services in this peri-urban catchment with 25 000 population, covering an area of 1427 ha in the western part of Oslo.